Based on the meeting with Jean Wyllys on March 20th 2019 at Paris’ Town Hall, which I attended when I temporarily returned to Paris.

Jean Wyllys is a Brazilian progressive deputy from the left-wing Socialism and Liberty Party, who went into exile in Europe after the rise of the death threats, mostly homophobic, against him. In the country where the highest number of Human Rights and environmental issues activists are killed every year, Jean Wyllys, during his time as a deputy, oriented the debate on taboo issues like AIDS, violence towards women, difficulties faced by transgender people or prostitutes. He also obtained the abrogation of several articles of the Brazilian Civil Code to allow the civil union of same sex couples. The Socialism and Liberty Party, that he joined, was formed from the radical left wing of the Labour Party, which is the main left-wing party. It is a collusion of several movements that agree on anti-capitalism. Its results are modest and lowered with the ascension of the right wing since 2016 after 13 years of Labour Party in power. It led to Jair Bolsonaro’s election, who took up his post of president of Brazil on January 1st 2019, at the head of a center-right party, the Social Liberal Party, but well-known for his misdemeanors, his connection with the army, and his far-right positions.

This meeting was arranged by the organizations Autres Brésils -Other Brazils, a non-profit organization that decodes the Brazilian society through questions of Human Rights, environmental and social justice, for a French-speaking public-, Amnesty International France, and supported by the city of Paris.

The participants highlighted that this meeting took place on the same day as the one of the worrying couple Bolsonaro-Trump at the White House, and one year after the murder, on March 14th 2018, of Marielle Franco. She was another member of the Socialism and Liberty party, but above all, a black, bisexual woman, born in a poor neighborhood, fighting for LGBT+ rights and against federal police misdemeanors and militia in disadvantaged neighborhoods. One should add that her murder investigation was particularly botched.

During this meeting, Jean Wyllys told his story and spoke about the situation in Brazil. He began with explaining that he was a deputy for two terms, and although he was reelected a third time, he decided to flee from Brazil. He fought for years for Democracy, Human Rights, and especially minorities, whom as he underlined, were often not recognized as citizens, nor as humans. He tried to deal with those issues through legislation, budgetary plans and public policies, but also by keeping his mandate transparent as well as through more democratic practice: he created for this purpose a social council for his term, unique in its kind.

During these terms, he obtained international recognition, but as this recognition grew, his reputation in his own country was destroyed step by step, beginning by the 2016 coup against Dilma Rousseff. She was president of Brazil from 2011 to 2016, after the figurehead from the left-wing Luiz Inácio Lula da Silva, from 2003 to 2011. In fact, Jean Wyllys supported the democratic process that led to Dilma Rousseff’s election. Fake news against him already appeared in 2011 at the beginning of his first term, as well as death threats, because he publicly declared his homosexuality. However, at the time, the main people responsible were either homophobic or religious fanatics. Since 2016, he also became the prey of the anti –Labour Party and anti- inclusive social policies. Insults and fake news to make him a public enemy started to multiply. Jean Wyllys affirms that although the Labour Party had its contradictions, at least it always looked at the poorest.

These threats raised as the Bancada BBB was created in parliament. Bancada BBB, or Bibles, Beef & Bullets caucus, is a conservative alliance from Brazil’s security forces, agricultural sector and evangelical churches. It included Mr. Bolsonaro, who already sat in Congress for 30 years. The latter then became the far-right spokesperson, and a connivance between far right, liberal right and media emerged then. This connivance is linked to the common wish to see the end of the Labour Party, sapped by corruption, and permitted the rise of calumnies, harassment and all kinds of violence, up to murder.

For Jean Wyllys, the paroxysm of this violence was reached with the connection of the far-right camp to militias and criminal organizations, which had the same religious fundamentalism references as Jair Bolsonaro. The expression of this paroxysm amounted to the murder of Marielle Franco, which, as it was very symbolic, put an end to the transformations due to years of left-wing inclusion policy, with its social security benefits directed towards minorities and people in need. Her position was indeed a result of this inclusion policy, as a black and bisexual woman, but Jean Wyllys believes her murder also shows the limits of this policy as her protection failed.

After Marielle Franco’s murder in March 2018, the threats against him increased. As a response, the parliament chamber gave him an armored car and three full time agents. However, considering the negligence of the federal police in the investigation, he decided to make a formal denunciation with unused evidence at the Inter-American Commission on Human Rights. After analysis of the evidence, the Commission concluded that Jean Wyllys and his family were in danger, and requested the State for new protection measures, in vain.

Then, with the growing power of Bolsonaro’s side, which considers him as a true enemy and despises his life, Jean Wyllys concluded that this country was no longer safe for him. He decided to leave, a particularly difficult decision, not because of his deputy position, but because it meant leaving his friends, his family, and his cause, at least in his country. But he knows he cannot keep fighting for his cause if not alive, and underlines that there already was a martyr, Marielle Franco, even if she never portrayed herself as a victim before her death. Now that he is free and safe, Jean Wyllys says he will begin a fight for the dignity of those who stayed in Brazil.

He then answered a few questions and came back to Marielle Franco. He explained that Brazil never grieved for the 350 years of slavery, which is seen today in racism. If one adds to that the masculine domination, the ultimate victim is a black woman. Furthermore, Marielle Franco was a symbol because she accessed the sphere of power. He also clarified that the government does not recognize the massive execution of black poor people in Brazil.

Concerning Luiz Inácio Lula da Silva, the left-wing candidate during the last elections and former president of Brazil, who drowned in a scandal of corruption, Jean Wyllys said he never bailed on him, not because he is a saint, but because in his opinion, he was a victim of law-fare, in other words the use of law as a political weapon of war. He said there is no more doubts that he is a political prisoner since there is no tangible proof discovered yet. He thinks his incarceration is less linked to corruption than elections, that he could have won. Even more obviously, President Bolsonaro named Sergio Moro, the judge of Mr. da Silva’s case, as Minister of Justice. Indeed, if former President Lula’s condemnation was about corruption, the judge would have been less silent about Jair Bolsonaro, who does not seem pure as the driven snow.

Jean Wyllys then explained that Democracy, as it is presented in Tzvetan Todorov’s book The Inner Enemies of Democracy, creates its own enemies by accepting hate speech. Mr. Bolsonaro’s hate speech has been tolerated for years, maybe because the targets were women or so-called minorities which already endured defamation.

Jean Wyllys finally expressed two ideas. First the fact that he does not want to be a hero, which is a fanatic and badly payed passion, but an activist, a living one, not heading into any heroic suicide mission. He then underlines that in this epidemic of blindness and abandonment of reason, it is our duty to keep our eyes wide open.

The setting of this meeting, with its targeted approach, did not permit to put forth all the victims of those in power today in Brazil – the inhabitants of the favelas, indigenous people, for instance-. However, its form, very human and benevolent as observed, gives an insight of the heart of the speech, of the heart of those concerned. 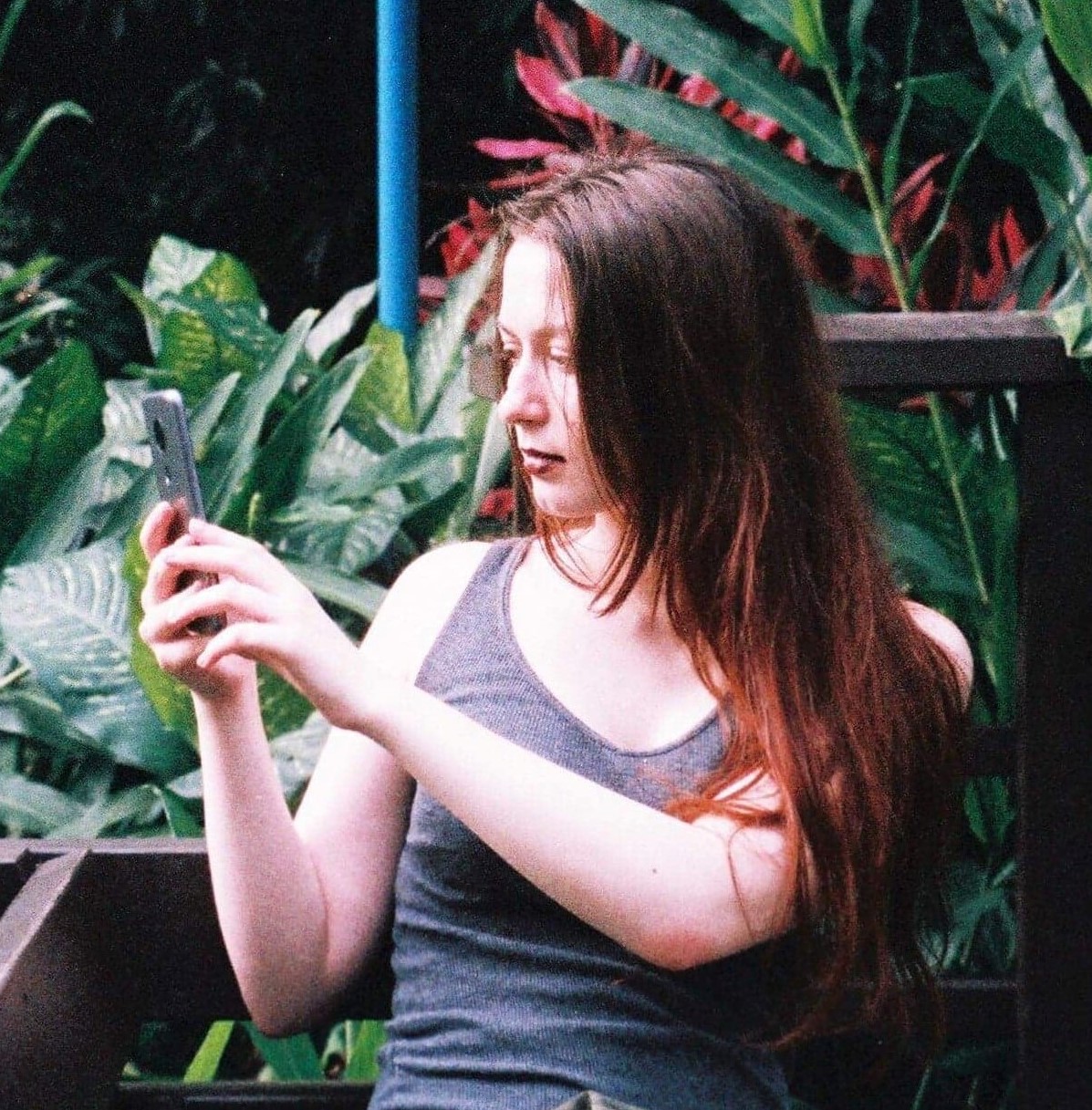